Eagerly waiting to finish charging my last pack, I have had everything packed and ready to go out and fly. Unfortunately as soon as the pack was charged it started raining, so since I have already planned to have a rest break I have decided to switch from PPM to SBUS.
Ever since reading this great article on PPM vs SBUS,  I have been thinking of jumping on the SBUS wagon.
I have had a spare X8R to do the job and I have been a bit doubtful if the Naze32 X8R combination will work, especially that I haven’t had the SBUS signal inverter. 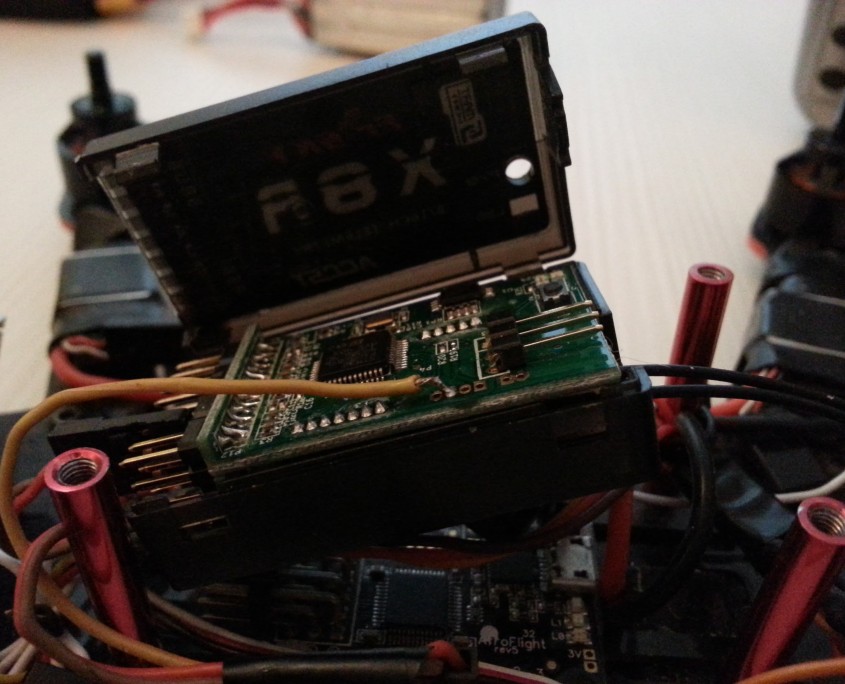 So after doing some research, I have found here and here  that it is possible to get the uninverted signal from X8R and X4R SB by accessing the second pad from the left on X8R and “A” pad on X4R SB.

I have soldered the signal wire on the second pad and connected it to channel 4 on the Naze32, then I have followed the Oscar Liang’s instructions and everything worked great. 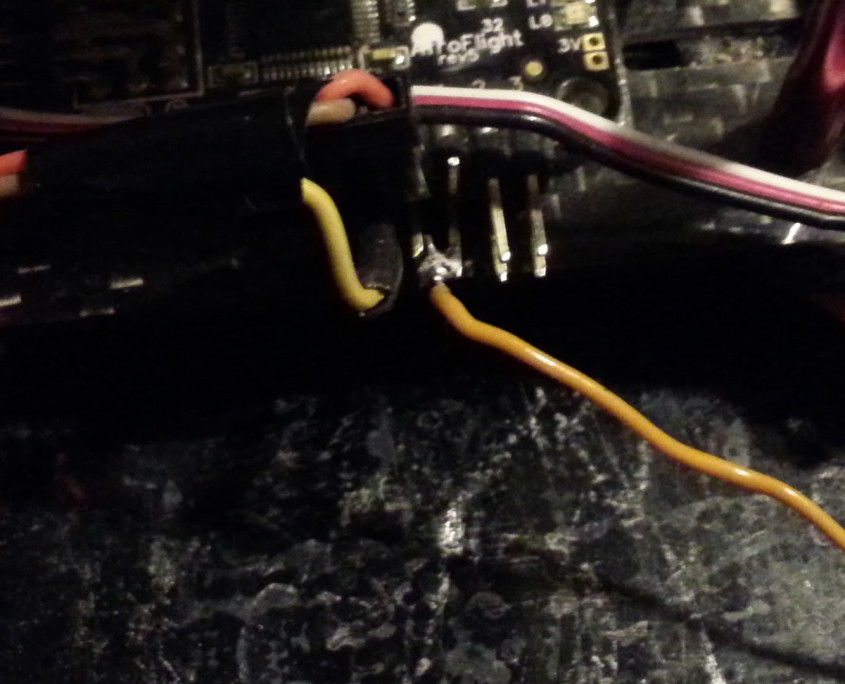 I have soldered channel 5 and 6 on the Naze32 by putting a blob of solder and signal wire between them and connected the wire in the Smart Port signal port.

After updating the Naze32 settings and powering up the transmitter and my mini quad I was disappointed when I have heard the battery voltage reading zero volts 🙁 but I have continued reading and found that the voltage is now referred as Vfas, so I have changed that and still nothing. I have continued reading trough the comments and got lucky, there was a comment from a user named Scoobler that suggested disconnecting the USB, power cycle the transmitter and mini quad and that solved the issue. 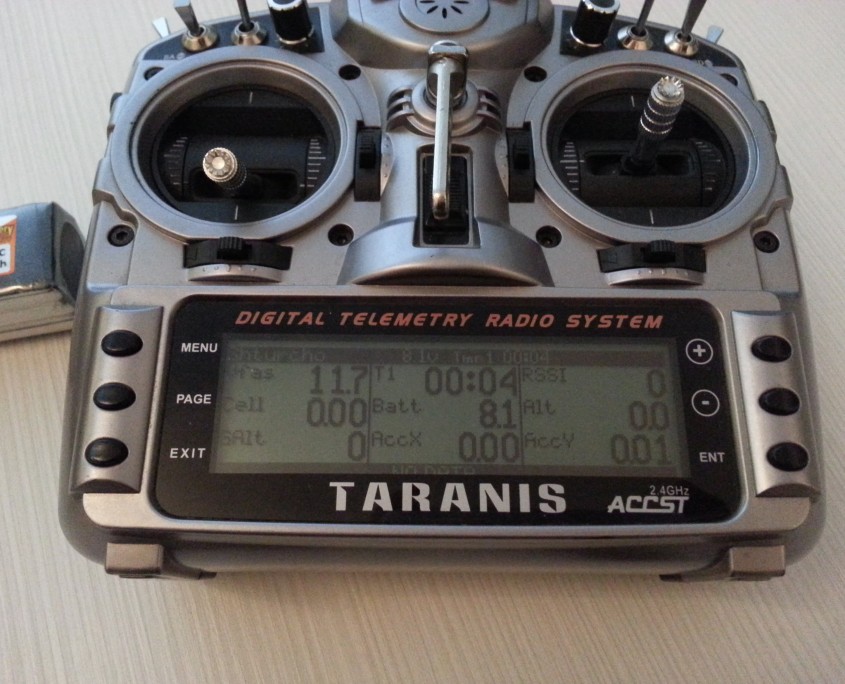 Taranis telemetry screen. You could even read the accelerometer data (AccX and AccY)

Since X8R has those big plastic thingies on the end of the antennas, I had to find a way to secure them to the frame, so I searched for 3D printed holder on Thingiverse and found the appropriate 3D model 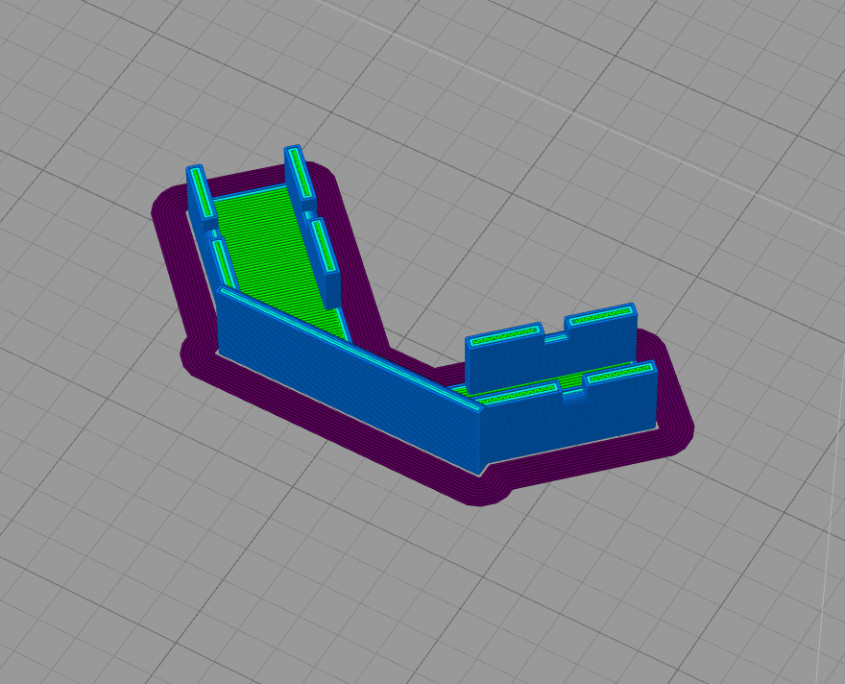 And after 40 minutes with layer height of 0.1mm, the part was finished.

Now the only thing left to do is assemble and tidy up the miniquad and wait for some appropriate weather so I could test it. 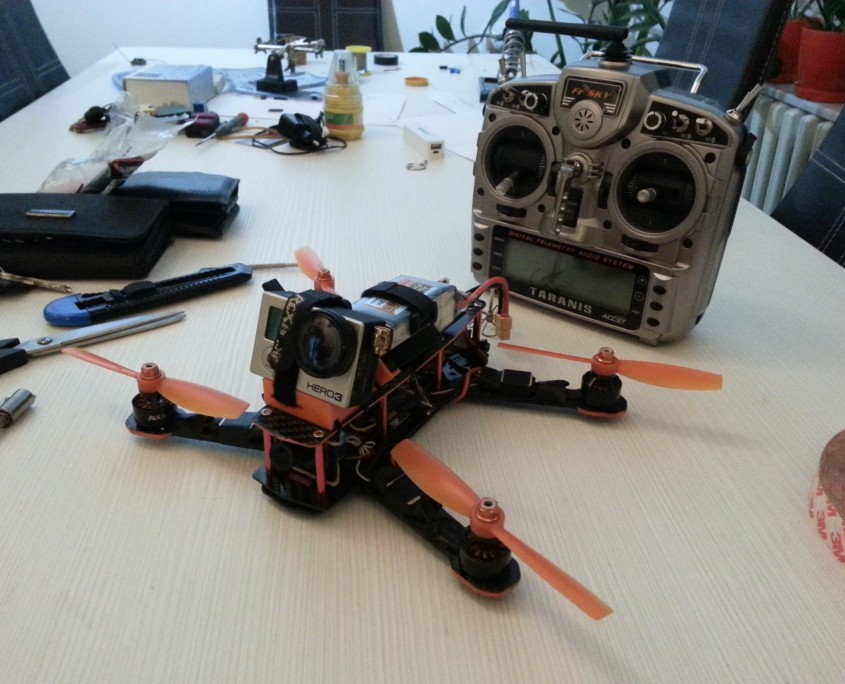 D4R II range problems, acting all of a sudden