There are two versions of the Eachine Twig 115. One with Caddix baby turtle HD and the other one with Runcam Nano 2. I have ordered the one with the Runcam Nano 2 camera since my plan is to use the parts from this build in order to build something similar to the Diatone Cinequeen since I already have the frame and an Caddx turtle laying around.

The Eachine Twig 115 weighs around 67 grams or around 110 grams with the recommended 520mAh 3S battery pack. The weight is very similar to the Diatone’s Cube 339, but the Cube has more efficient motors thus giving it longer flight times.

The diagonal motor to motor distance is around 114mm.

It has a built-in Frsky receiver with a limited range of around 150 meters, so Eachine has provided a connector for adding an external receiver.

It is based on a 2.5mm unibody frame clone of the Helination Twig frame, with true X configuration. The frame is a bit more flexible for my liking, but it turned out to be very durable during the test flight.

In my experience the canopy is well made but the material is very brittle and the canopy is thin and you could easily break it in a minor crash in comparison to the one of the Diatone Cube that I also own, made of TPU that survived a ton of crashes. Luckily if you or some of your friends own a 3D printer that could print tpu you can print a replacement canopy (Pickle Canopy) thanks to thingiverse user ledroneclub that has several different versions to choose from depending on your setup and preference.

Motors are Eachine branded 1105 5200kv. The motor and propeller combination on the Eachine Twig 115 is most suitable for flying with 3S batteries.

Gemfan 3025 double bladed propellers. These are relatively old propellers and there are much better alternatives these days. They lack grip and require precise throttle controlI.

I have done one test flight with the Gemfans just to see what you get in the package in terms of flight characteristics and then switched to HQProp T3X2 and Emax AVAN Mini 3X2.4X3 propellers which gave me much better results.

Flight Controller and 4in1 ESC

Crazybee F4 PRO v3 all in one flight controller with 10 amps 4 in 1 ESCs preflashed with Betaflight 4.0.4 from 30th of June with built in FrSky receiver that supports D8 and D16 protocols

On the top of the stack there is a 40 channel vtx that supports smart audio and output power of 25 -200mW. The vtx is provided with a simple sleeve dipole antenna connected through a UFL connector. Please note that you will need to secure it better so it won’t get caught in the propellers.

The video transmitter decreases the power automatically to 25mW when the drone is disarmed. This is very neat feature that helps prevent overheating the vtx when the battery is connected and the drone is not in the air for a prolonged period of time.

The camera is Runcam Nano with 4:3 aspect ratio. It is well protected by the sturdy canopy with adjustable camera angle.
It performed decent during my first test flight which I have done by night but in a well lit area.

Before beginning, please note that the built-in receiver runs on the non EU firmware, so you may not be able to bind if your transmitter runs the EU firmware.

There are two ways of binding the internal receiver that is found on the Crazybee board.
The first way is to press and hold  the bind button on the Crazybee board for about two seconds after you power on which will turn the blinking red led to solid which indicates that it is in bind mode.
The second way is by connecting the Carzybee board on to a computer and entering the bind_rx_spi command in the CLI.

Both of these put the receiver into a bind mode. After this procedure you should enter in D8 or D16 bind mode on your transmitter depending on your Betaflight configuration.
After completing the process successfully the red led on the flight controller will blink slowly.

Please note that in order to bind the receiver in D8 mode you should set the receiver mode to FRSKY_D in Betaflight and FRSKY_X for D16.

If you intend to use an external receiver then you should first enable serial rx on UART 1 and after that set the receiver type in betaflight receiver configuration.
After that you can connect the receiver to the presoldered three pin JST connector.

I’m impressed with the flight performance. Even with the outdated Gemfan 3025 propellers this is a great little flyer. I haven’t had time to test it with other propellers but overall the flight performance is very similar to the Diatone Cube 339 with one difference that the flight time is a bit shorter since it is hard to beat the low power consumption of the Mamba motors.
Here is a DVR recording of the first battery pack, default tune and default rates which I have checked after this flight and found that aren’t the same as the Betaflight default ones.

If you intend to fly it with the built in receiver, please note that there is no buzzer and you will need to setup the DShot beacon mode.

Great micro drone with even better price. At the moment it retails for $116 for the version with the Caddx Baby Turtle and $85 for the version with the Runcam Nano 2, and you also get a spare canopy as a gift. The offer is valid trough 21st of January 2020. If you are interested and you want to buy it, check the following link http://bit.ly/3ajRPrx 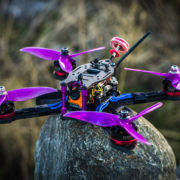 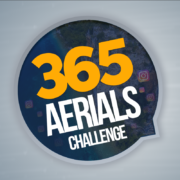 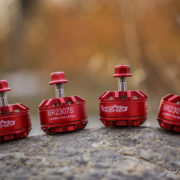 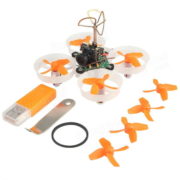 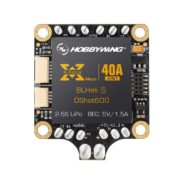 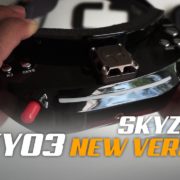 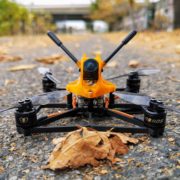 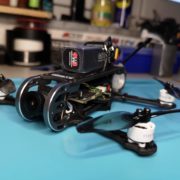 iMAX B6 killer – ToolkitRC M6, the newest contender for a budget charger...